In a thought-provoking article, the RSC Director addresses some of the misrepresentations in the debate to date on the Mediterranean crisis

This article was originally published on The Conversation under a Creative Commons Attribution-NoDerivs licence. Read the original article >>:

The ongoing crisis in the Mediterranean, which has seen more than 30 times as many people die as in the same period last year, has evoked unprecedented media attention. What should be about a humanitarian tragedy has become hijacked by opportunist politicians, who in many cases have fundamentally and wilfully misrepresented the underlying causes of the problem. If solutions are based on that misrepresentation, they will fail and have harmful consequences.

From early in the week, Italy’s prime minister, Matteo Renzi, focused on proclaiming a “war on trafficking”, describing it as “the slavery of our time”.

UK foreign secretary, Phillip Hammond and others followed suit. Yet there are at least two problems with this narrative. First, it fails to distinguish between “trafficking” and “smuggling”, the former being irrelevant in this context.

Second, and more importantly, it fails to recognise that smuggling does not cause migration, it responds to an underlying demand. Criminalising the smugglers serves as a convenient scapegoat. But it cannot solve the problem. It will simply displace the problem, increase prices, introduce ever less scrupulous market entrants, and make journey ever more perilous.

The real causes of the tragedy are two-fold. First, we need to situate the tragedy in a broader context. There is a global displacement crisis. Around the world, more people are displaced than at any time since the World War II. Globally, there are more than 50m displaced and 16m refugees. To take the case of Syria, there are 9m displaced Syrians; 3m of whom are refugees. Most are in Turkey, Jordan, and Lebanon. But countries like Jordan and Lebanon – whose capacities are stretched to breaking point – are now closing their borders and in need of international burden-sharing. These people have to go somewhere and increasingly they are travelling on to Europe in search of protection.

Second, the cause of the deaths can be directly linked to Europe’s decision to end the Italian search and rescue operation Mare Nostrum in November 2014 and replace it with the inadequately funded EU-run Operation Triton. Mare Nostrum saved more than 100,000 lives last year. Since the ending of Mare Nostrum many fewer have been rescued and many more have died. To address the crisis, it is these two causes that need to be looked at first.

We know from existing data that the people crossing the Mediterranean are increasingly from refugee-producing countries such as Syria, Eritrea, and Somalia. While some – coming from West Africa – may well be more likely to be leaving poverty or seeking opportunity, a huge proportion are therefore fleeing conflict and persecution and are in need of international protection.

We have international legal obligations to protect such people. Yet the EU has largely failed to recognise this. On Monday, the EU held an emergency meeting in Luxembourg at which it produced a ten-point plan. This was vague in detail but the emphasis was on dismantling the smugglers and on containing migration from within North Africa. References to humanitarian roles such as expanding Triton and refugee resettlement remained under-specified. The logic, in other words, was primarily about containment and counter-smuggling operations. 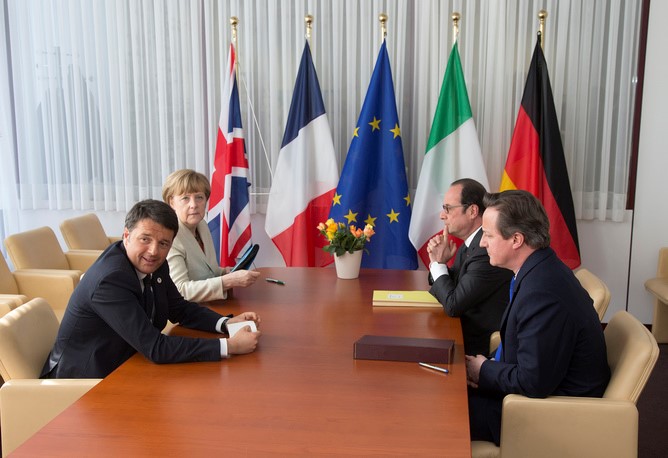 This emphasis has been repeated in the leaked draft statement of the EU Summit. The statement highlights deportation and immigration control; it is a manifesto for containment. It proposes to deport 150,000 people and offer relocation across Europe of up to a quota of 5,000 while emphasising the aspiration to bolster Libya’s capacity to control migration to the EU. It again shows a misunderstanding of the underlying causes of the problem, and it likely to be inconsistent with international refugee and human rights law.

There are no simple solutions to this issue. But the key to finding solutions is by putting the issue in its broader context. The UN rapporteur on the human rights of migrants, Francois Crepeau, has been among the most articulate in highlighting this.

A joint statement by Antonio Guterres, Peter Sutherland, Bill Swing and Zeid Ra’ad Al Hussein has emphasised the need for solutions that go beyond the “minimalist” EU response. These include a well-resourced search-and-rescue operation; channels for safe and regular migration; making a firm commitment to receive significantly higher numbers of refugees through EU-wide resettlement; bolstering arrangements for more equitable burden-sharing within Europe and combating racism and xenophobia. These are sensible solutions and advance the debate.

However, to ultimately, address the underlying causes of the issue a global and comprehensive approach is needed. It is a symptom of a global displacement crisis needs to be addressed in a comprehensive way.

There are instructive lessons from history. After the end of the Vietnam War in 1975, literally hundreds of thousands of Indochinese “boat people” crossed territorial waters from Vietnam, Laos, and Cambodia towards South-East Asian host states such as Malaysia, Singapore, Thailand, the Philippines, as well as Hong Kong. Throughout the 1970s and 1980s the host states, facing an influx, pushed many of the boats back into the water and people drowned. Like today, there was a public response to images of people drowning on television and in newspapers. But addressing the issue took political leadership and large-scale international cooperation.

In 1989 under UNHCR leadership, a Comprehensive Plan of Action (CPA) was agreed for Indochinese refugees. It was based on an international agreement for sharing responsibility. The receiving countries in South-East Asia agreed to keep their borders open, engage in search and rescue operations and provide reception to the boat people.

But they did so based on two sets of commitments from other states. First, a coalition of governments – the US, Canada, Australia, New Zealand and the European states – committed to resettle all those who were judged to be refugees. Second, alternative and humane solutions including return and alternative, legal immigration channels were found for those who were not refugees in need of international protection. The CPA led to millions being resettled and the most immediate humanitarian challenge was addressed.

The CPA was not perfect and it is not a perfect analogy to the contemporary Mediterranean, but it highlights the need to a broader framework based on international cooperation and responsibility-sharing. The elements of a solution to the contemporary crisis have to be at a number of different levels.

These include improvements in search and rescue to return to at least the capacity of Mare Nostrum; more equitable burden-sharing and relocation of refugees within the European Union; support to gradually build to protection and human rights capacities of transit countries. In addition to these creative solutions and additional support are needed for refugee-hosting countries in regions of origin – and we need to promote the refugees’ capacities to contribute to their host state. Finally, we need a European resettlement scheme that reflects a commitment to proportionately share responsibility for the global refugee population.

Above all, though, solutions have to come from a reaffirmation of the need to uphold asylum and refugee protection, and to see these as a shared global responsibility.

If there is to be a silver lining to the current crisis, it stems from the opportunity to political leadership to reframe how refugees are seen by the public and to come up with creative solutions for refugees and vulnerable migrants on a global scale.

But that will take political courage and leadership.

This article was originally published on The Conversation. Read the original article.

Why the Mediterranean smugglers aren't the problem | Alexander Betts on Amanpour, CNN

Mobility and sanctuary: how to revive asylum in Europe