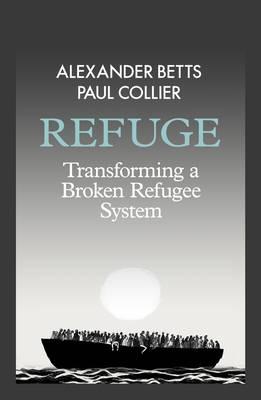 The Economist has selected Refuge: Transforming a Broken Refugee System, by Alexander Betts (Leopold Muller Professor of Forced Migration and International Affairs, RSC) and Paul Collier (Professor of Economics and Public Policy, Blavatnik School of Government, University of Oxford), as one of its books of the year for 2017.

It writes, “Lost in the row over Europe’s migration crisis in 2015 were the millions of refugees who stayed in the developing world, unwilling or unable to journey to richer countries. Growing up in a refugee camp often means little education and no work. Two experts at Oxford University present the first comprehensive attempt in years to rethink from first principles a system that has long been hidebound by hand-wringing and old ideas.”